I apologize in advance for a long & unstructured description of our weaning journey, but here’s how we did it.

When I found out I was pregnant at 10.5 months postpartum, I knew I wouldn’t immediately wean my daughter. Luckily she wasn’t a picky eater and liked food but I believed she deserved to be nursed until she was at least a year old. Also, she didn’t even get teeth until she hit 11.5 months, around the same time she took her first steps. Anyway, weaning my child cold turkey would be very difficult. I thought trying to night wean first would be the best option. At that point she was sleeping in her own crib one part of the night and then she was co-sleeping with us the second part of the night. So I think when I was less than 8 weeks pregnant, at one point, I decided I would only nurse her that one time when she went to bed and then would not feed her for the rest of the night and would offer some water instead. Our first attempt was a disaster. She cried for about an hour and even when her dad took her away and she was finally falling asleep from exhaustion, she would still wake up crying. She was clearly hungry. So I gave in and nursed her. Earlier that day she really hadn’t eaten well. It was one of my days out with her at my art lesson. So I decided I wouldn’t try again till a while and I would start to incorporate proper meals into her daily schedule with a final filling meal before bedtime.

In the meantime I watched a bunch of YouTube videos on gentle night weaning. These three (one, two, three) are what appealed to me the most. I didn’t actually end up following Dr. Jay Gordon’s night weaning schedule but it gave me an idea of what I could do. Before this, I had already watched many videos on gentle sleep training (with some crying included). Most guides suggested developing a bedtime routine, placing your drowsy child in bed and walking out, then walking back in if your child needed comforting, placing them back down in their bed, repeat, until your child figured out how to fall asleep. We already had a bedtime routine. Even if that simply included washing hands and face with warm water, bathroom time, and changing clothes and finally nursing to sleep. Zaynab knew it was time to sleep the moment I would start changing her clothes into Pjs under dim light. However, the whole walking out thing never worked for us. Some days she would end up sleeping on her own after a couple of minutes of crying, but after she figured out how to stand AND turn on the bedroom light that was close to her crib, that seemed almost impossible. So I like how especially in the first video I linked above, the mom talks about Baby Aware Parenting, how crying is OK and something babies need to do just like adults (who hasn’t used the bathroom as an excuse just to get a moment to cry?) and the most important thing is that the parent remains with the child comforting them as the child releases tension through some needed crying. The second thing that I liked about the other two videos is that the suggested method included co-sleeping. I found that with my daughter, sometimes she fell asleep better beside me (or on top of me, as I will later describe) without nursing rather than with me placing her back in her crib when she appeared asleep only to wake up again.

So how did it actually happen? I don’t have a clear answer to tell you the truth, but it happened. It began with her sleeping through most of the night. I think the main reason for that was that she was eating well before bedtime and she wasn’t actually hungry. If she woke up once in the night I knew she just needed to pee, or she heard some loud noise, and it wasn’t because she was hungry. Actually it never necessarily meant that she was hungry after a certain age, but I couldn’t quite be sure. At least with her eating proper meals before bed, I knew I could rule out hunger. Occasionally I would offer some water or herbal tea. Sometimes she’d accept it, sometimes not. So this first point helped greatly in the night weaning process. It was a gradual process, going from nursing her to sleep once, sometimes nursing her if she woke up mid-night and nursing her again once in the morning after sunrise and before rising from the bed. Was there any crying involved? Yes, of course. But it didn’t feel quite bad as I would be holding her the whole time, rocking her to sleep, and singing to her. It just took some patience on my part and eventually she fell asleep. Some days she wouldn’t cry as much and some days she would cry a reasonable amount and I only embraced that and took it as her releasing tension and frustration and getting ready for relaxation. I didn’t perceive it as something bad. Of course I obviously made sure she wasn’t experiencing anything else like physical pain and all her needs were met.

There were times where I had her dad come in and put her to sleep instead of me if I was too tired or had been trying for too long. She seemed to cry less with him because she didn’t expect to be nursed by him. I also somehow discovered that she slept best in two positions other than the cradling position which we had to forgo because it would make her think she’s about to get nursed. Ok, think of the position a baby would be in in a carrier, with legs wide apart, and facing the parent. Back when I used to wear her, she would fall asleep in the carrier without getting nursed. So I thought this position would be helpful, and indeed it was. The second position is with me laying on my back (which is getting harder now with my growing bump but still possible) and her laying on me chest-to-chest. Before I completely night weaned her, I would nurse her once before bed, and just before she fell asleep I would unlatch her and just hold her in that baby-carrier position until she dozed off before placing her in her crib. Some nights she fell asleep while nursing before I could unlatch her and that was fine.

So just to wrap up a very messy overview of how I weaned my little one: our schedule went from once before bed, sometimes once the night and sometimes not, and once first thing in the morning after sunrise, and free nursing during the day, to once before bed, once in the morning, and only at nap time, to none in the night, once in the morning, and at nap time, to once in the morning and none other than that, and finally to no nursing at all. I didn’t keep a record but if I had to take a guess, this whole process took about 1.5 months. I also forgot to mention that my main reason for weaning my baby wasn’t simply the pregnancy but because it was getting difficult and at times frustrating especially with feeling more sensitive (both physically and emotionally) and it hurt me to feel irritated towards my innocent baby. If I could and if I didn’t end up getting pregnant, I would have loved to nurse her for longer. However she received mother’s milk for more than an entire year, she didn’t consume one drop of formula and I try to feed her wholesome foods as much as possible. Now we just have to be content with extra cuddles and lullabies and kisses as a replacement… and of course good home cooked meals. 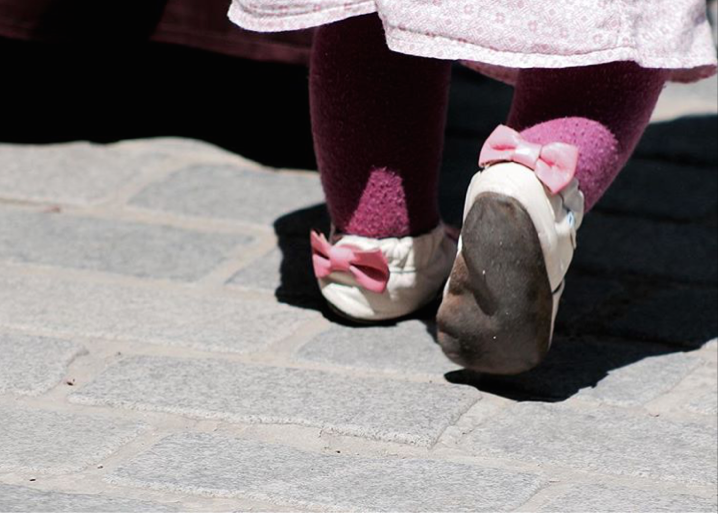